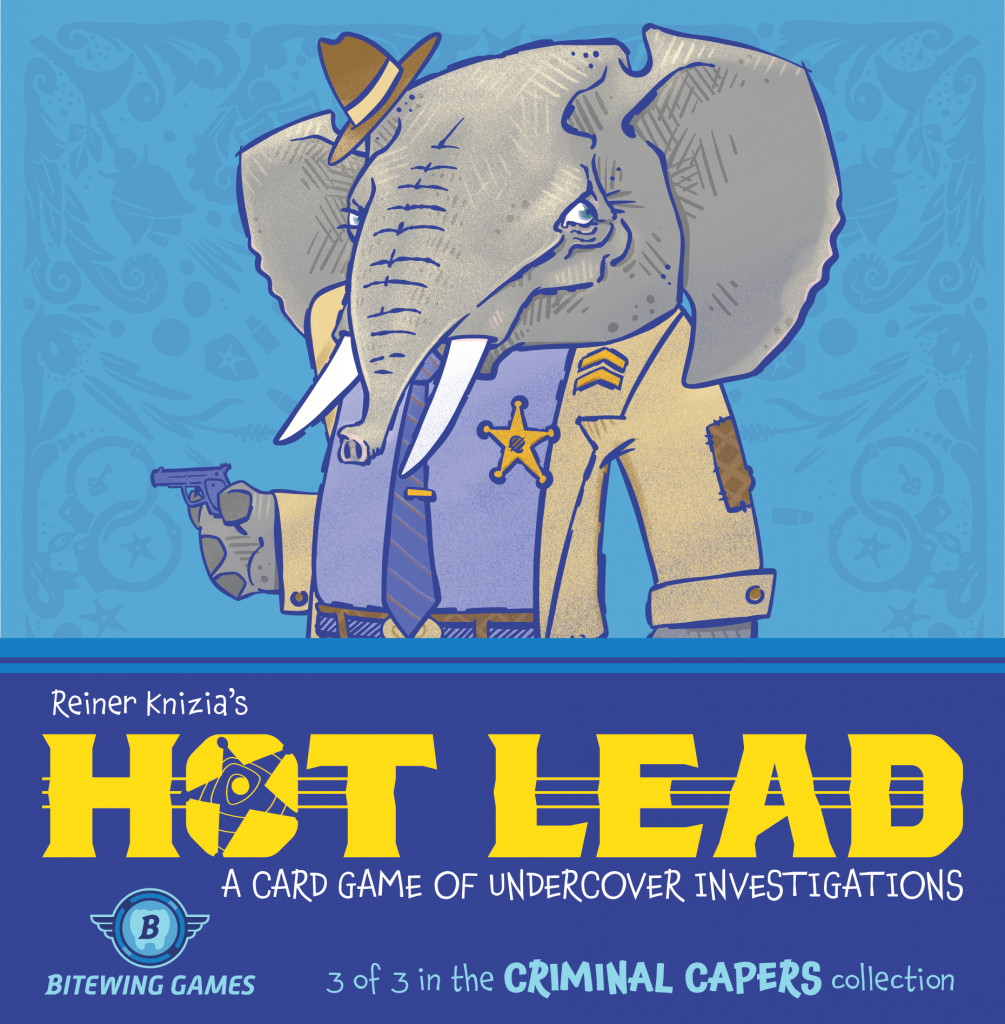 Lead the undercover investigation against five criminal groups to gather enough evidence to convict them. However, if you investigate too aggressively, the criminals will smell a rat and go dark!

The master designer of auction games is back with another hit, but this time with a twist!  Hot Lead features tense push-your-luck investigations, clever sealed-bid auctions for evidence, and blazingly fast card-play with deceptively simple rules.

Each round, the highest investigator bid takes the criminal card closest to the deck, the second highest takes the second closest, and so on.  Gather enough evidence on one criminal organization to convict them for bonus points.  But be careful!  Investigate too aggressively and you’ll scare those criminals underground.

Players must discern their fellow investigators’ intentions, aim to gather the best evidence, and risk everything for the fame and glory of bringing down the big baddies in Reiner Knizia’s Hot Lead! 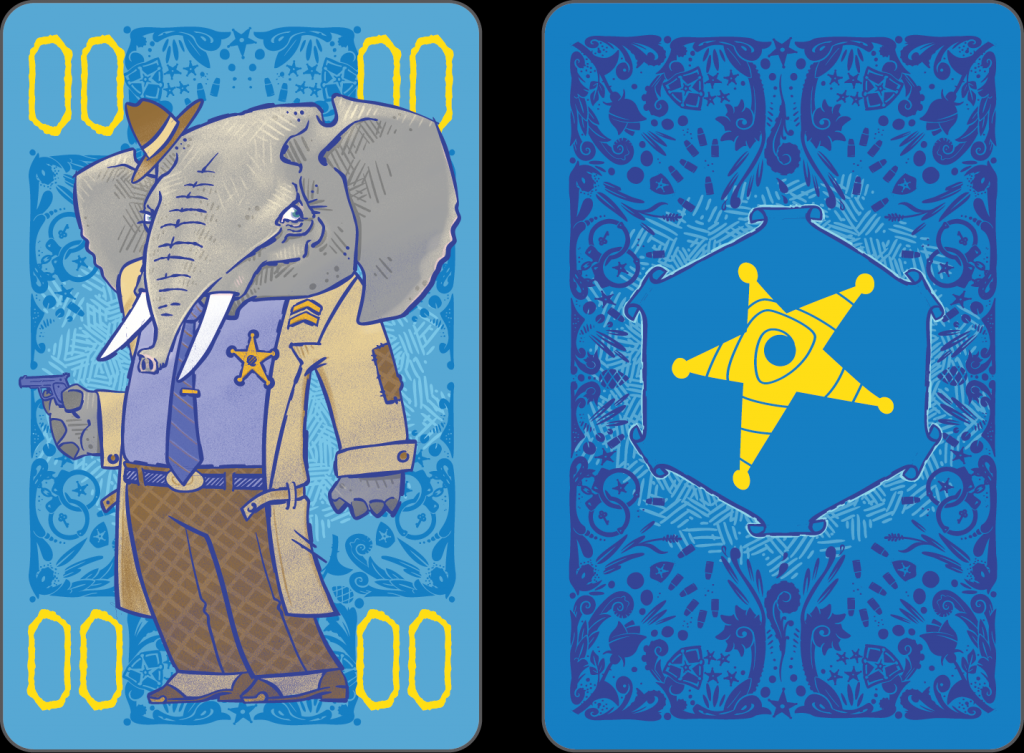